When the game settings had to be changed under DOS

Sometimes on older games, we had to choose a soundcard or some display settings before first launch, and of course this was meant to be done under DOS too, so once again we must launch the setup through DOSBox.

In the case of Rayman by his Fans, there’s a separate program called SETSOUND.EXE used to setup the soundcard (look into your install folder).

Look into SETSOUND.BAT (right click -> Edit), as I have the french game, there’s a line :

Replace with your install path of course ! Next enter : 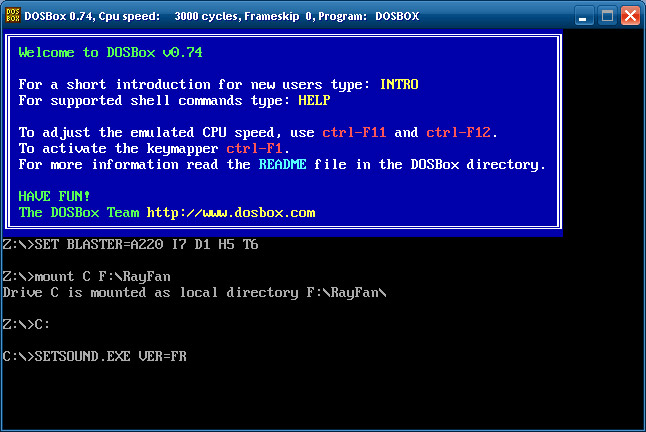 From the menu, choose a soundcard, eg Sound Blaster Pro. 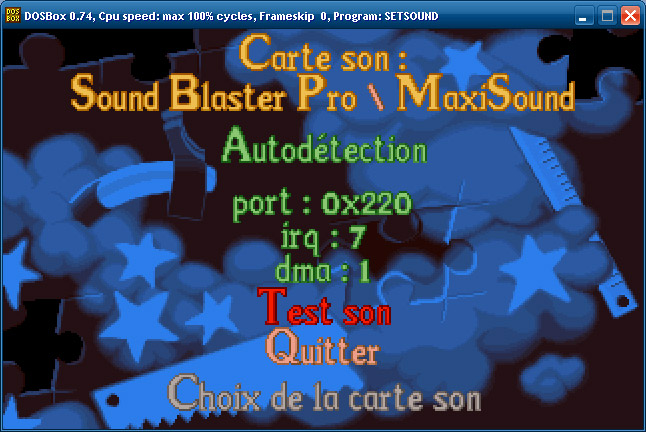 You can exit DOSBox by typing :

This time the game is ready to be launched and we will be able to adjust the final DOSBox settings !